“RZD Tour” at the WTM exhibition in London: an exquisite presentation of “Imperial Russia” train. 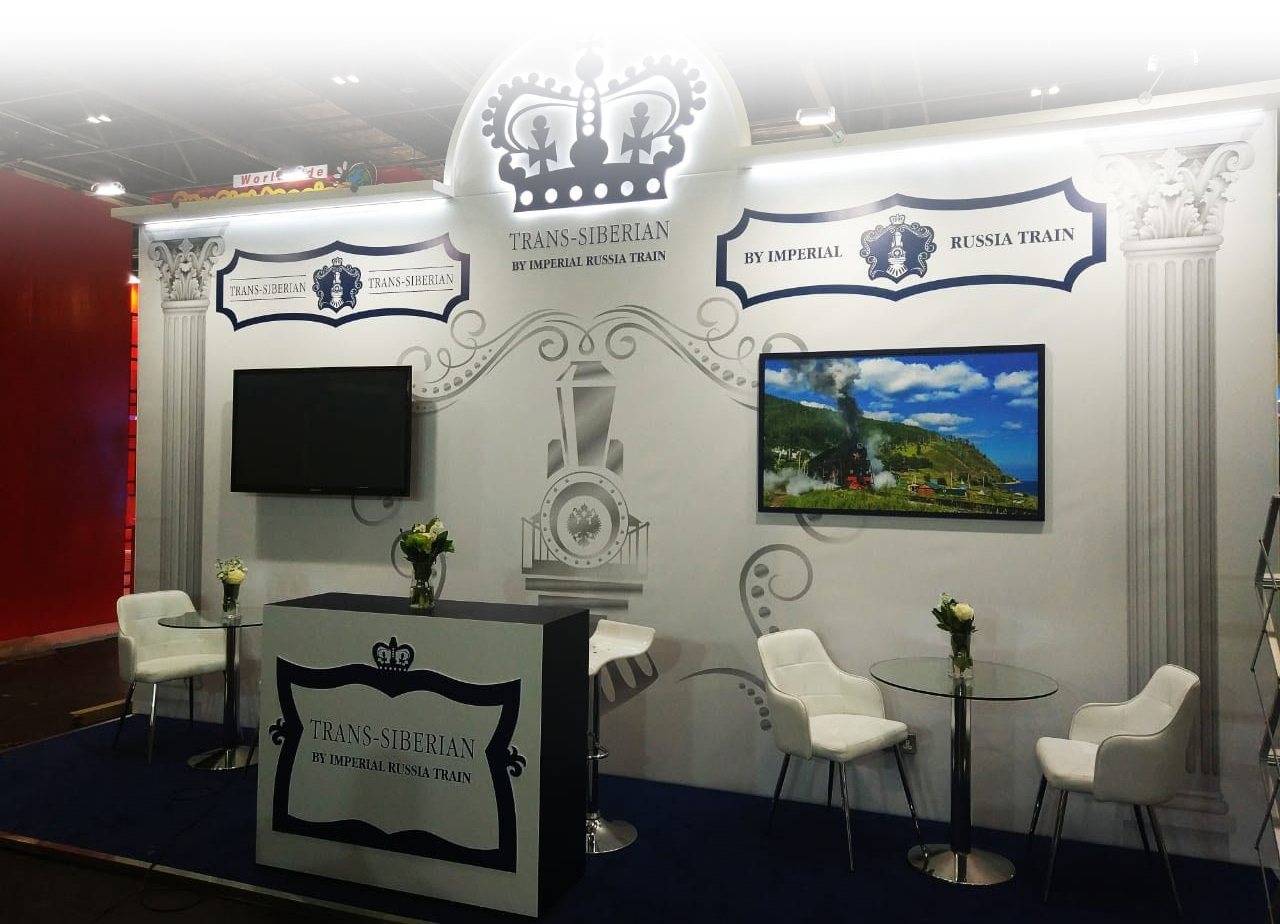 The world greatest event in tourism industry — grand World Travel Market exhibition — took place in London with the participation of “RZD Tour”. During this exhibition, the company promoted its product — luxury “Imperial Russia” train and, at the same time, presented Russia to foreign audience, showing that our country is worth of their attention from the perspective of exclusive railway tourism.

The event was being held from 5 to 7 of November, 2017 in London, in the biggest modern Expo center of the British capital — ExCel. 5000 companies from 180 countries participated in the exhibition. More than 50 000 people — professionals and travelers themselves — attended the WTM.

London exhibition demonstrated that foreign tourists are very interested in railway tourism across our country in a form of luxury travels. In 3 days the “Imperial Russia” elegant stand had been visited by thousands of guests. The company’s specialists arranged business meetings with the largest foreign tour operators and established new contacts with tourism professionals from all over the world, who took a great interest in a future cooperation. “RZD Tour” has become one of the few domestic companies that promoted the idea of premium holidays in Russia for foreigners.

The opportunity of crossing Russia from West to East in a luxurious “hotel on wheels” in 14 days draws attention of many foreign tourists from around the globe who have always dreamed of getting to know Russian cultural, historical and natural heritage.